I’ve spent a lot of time over the past few decades studying how we design, experience and use spaces.

This includes completing a Planning & Design degree that covered everything from contemporary and ancient buildings and gardens to whole suburbs, cities, parks and regions. And researching things like Appleton’s prospect refuge theory and other unconscious responses to space to better understand how the design of cemeteries and other urban places affects mourners, vandals and other visitors.

But last weekend I discovered a completely different type of space that I had never heard of before. And, although you cannot see or touch this particular type of space, it is so powerful that it can change your life forever.

How can a space change your life?

I’ve just spent three days doing an introductory leadership training course about global Rites of Passage (ROP) with an incredible group of people on a beautiful property near Mullumbimby, just inland from Byron Bay on the northern NSW coast of Australia.

The course was led by Dr Arne Rubinstein who began running father/son bush camps over twenty years ago after seeing too many teenagers ending up in hospital emergency wards. He has since added mother/daughter and father/daughter camps to his repertoire.

Arne is progressively handing over the running of these camps to other leaders so that he can spend more of his time educating the broader community about the importance of ROP ceremonies and the need to reintroduce traditions such as these to help guide teenagers on their path from childhood into adulthood.

He is also committed to teaching other facilitators how to design, adapt and run their own ROP camps and other ceremonies in both religious and non-religious settings.

If communities do not provide structured relevant ROP ceremonies under the guidance of respected elders or other leaders, then teens are likely to create their own. (Hence the proliferation of things like wild parties like ‘schoolies week’ in Queensland, driving fast cars, gang initiation ceremonies, illegal substance abuse, and videos of crazy extreme sport exploits on Youtube.)

The focus of the course was on learning about the ROP process and how to use it when working with children and teenagers, while experiencing the key elements firsthand and exploring some of our own behaviours and beliefs.

Participants cringed as we watched [videos of] young men bungee jump from high towers and put on gloves full of angry poisonous ants. We also felt for the young girls dancing from dusk to dawn in traditional dress in the desert or parading around in formal attire at debutante balls.

Despite the diversity of ROP ceremonies around the world, Arne explained that there are many similarities. In particular, they typically comprise three stages – each of which was included in our leadership training course: separation; transition; and return.

Arne paid meticulous attention to detail and the many rituals that he has developed and refined over the years – from our mango wood name tags on arrival to the conch shell that called us to the next meal or activity.

These all form part of what he calls ‘ritual theatre’ and provided a taste of the often elaborate and deeply symbolic practices incorporated into many ROP ceremonies.

We were treated to magnificent feasts of local produce infused with the inner beauty of the people preparing the food. And slept in big colourful teepees (reminiscent of our pre-reading about the Mescalero Apache Indians girls’ puberty ceremony) until a noisy chorus of kookaburras announced the dawning of each new day.

Course participants travelled from all over to attend – from only a few kilometres away to as far afield as Melbourne and overseas. Physical separation from everyday life and technology marks the beginning of the ROP journey.

Just as a caterpillar weaves a cocoon to begin the process of becoming a butterfly, the ROP process seeks to create a container where the transformation can take place.

This state can be manufactured through a well-designed ROP ceremony or may occur naturally in the wake of an accident, breakup, disaster or other significant event that affects an individual or a larger group.

It might also be induced by a long trek or independent travel and is sometimes experienced in conjunction with other stimuli such as drugs, sleep deprivation, or intense physical exertion.

Liminal space can occur at many different scales – from the individual taking part in a local ROP ceremony to a group pilgrimage or countries undergoing widespread social upheaval. (The 1960s may have been a global rite of passage for a whole generation of young people.)

We were welcomed with a beautiful story set to the rhythmic beat of a drum that encouraged us to think about the stories we have not been telling, the songs we have not been singing and the dances we are not dancing. 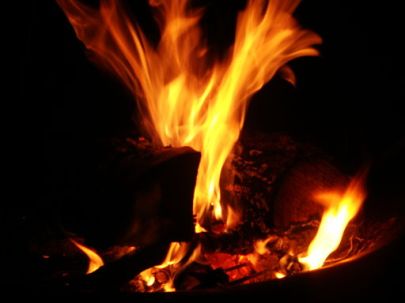 Throughout the course, we had lots of opportunities to share personal heartfelt stories while fire gazing – a simple, and potentially profound, act. It was fascinating to learn what had motivated each participant to do this course, but sometimes disturbing to hear of the past hardships and trauma that many of them had endured.

The openness with which the group shared their stories helped to very quickly build a strong foundation of compassion, trust and friendship between people who had been strangers only a day or two before.

I really enjoyed the discussion about boy/girl and healthy man/woman behaviours. Most of us recognised a few things that we should try to change or (at least) acknowledge. Greater awareness means that we can make a conscious choice about how we behave in different circumstances.

The group noted that boy/girl behaviours are often displayed by leaders in our community (Perhaps they should do Arne’s course?). And that some childlike behaviours are worth retaining, such as being curious about the world around us.

Any modern ROP process also needs to address the blurring of the lines between male and female and the dramatic changes in gender roles and society that have occurred (given that many traditional ceremonies focused on preparing the boys to become fearless warriors and the girls to bear children.)

The challenge is an essential component of the transition stage.

Adolescent boys generally complete this element on their own (i.e. with no competition from peers). In some societies, they may face a potentially lethal or painful activity, such as killing a lion, facial tattoos or knocking out teeth. Girls tend to be set challenges that are more inward looking and emphasise community, such as keeping a fire going all night while others try to put it out.

I was relieved that our challenge did not involve ants, lions, all-night dancing or jumping from heights. We also emerged with all body parts intact.

The hardest part was committing to take part in the challenge without knowing what we would have to do. In such a supportive environment, I figured it couldn’t be anything too bad. This moment, in particular, highlighted the importance of having experienced and responsible leaders in charge.

We then discussed business planning and (literally) drew out our vision for the future – including what changes we wanted to make in our own life and how we planned to incorporate ROP into our life and work. 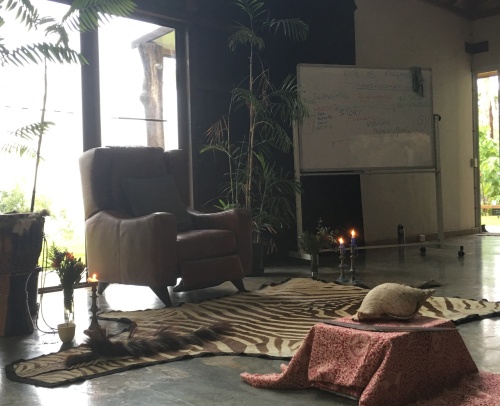 Our final activity centred around the honouring chair. This was a reminder to us all that we are far too quick to criticise ourselves and others and should instead make a conscious effort to say something positive to each other.

In a true ROP ceremony as part of the spiritual awakening element, each initiand may also be appointed a mentor whose role it is to identify and nurture the person’s unique qualities and skills (or superpower).

However, the group lamented the disintegration of ROP and similar coming of age traditions and wondered how many elders would feel capable of fulfilling this vital role if asked. 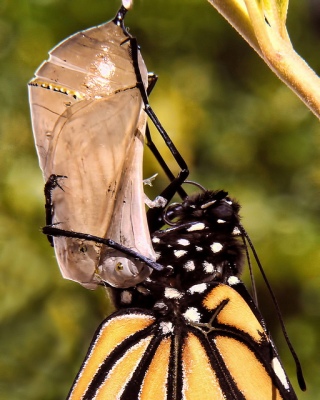 If the exit is not well managed, then the participants may be left suspended in liminal space or, worse, stay as ‘mush’ like the inside of a cocoon midway through the metamorphosis.

The very act of emerging from the cocoon is a strenuous but essential step for a butterfly. If anyone else breaks open the cocoon, the wings may not have fully formed. Once removed from its protective container, the incomplete insect is never likely to fly and will wither and die.

Arne did not sugar coat the dark side of liminal space when people may be vulnerable to exploitation. He stressed that the onus is on leaders to not abuse the influence they have over people while visiting this liminal space and to ensure that they safely lead the participants out of this space.

After the course, participants departed the site with their new knowledge, insights and awareness.

They were looking forward to sharing what they had learned – each in their own unique way and with diverse target audiences, from troubled youth to older people. (Puberty is only one of a number of significant life stages that we need to move between. Others include marriage, childbirth, menopause, retirement and death.)

But the person who returns may inwardly be very different to the person they were before the course.

Whenever someone makes a big leap forward, there is a risk that they will feel hurt or resentful if this personal growth is not recognised and celebrated on their return.

How will friends, family and co-workers respond to our group and the changes we want to make in our own lives and through helping others as a result of our journey through liminal space? 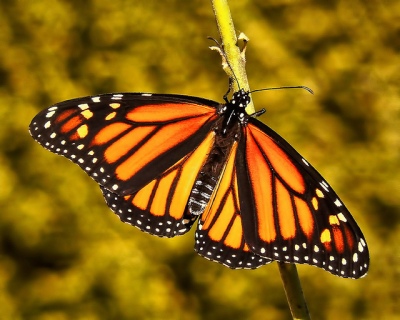 To find out more about Doctor Arne and Global Rites of Passage:

Note: I was a full fee-paying participant at the course.

Coming up: Using Rites of Passage & liminal space to change the world

Like Loading...
‹ Some of the best things in life are free (Be tempted by salinity & nuclear power art)
Do you take good menstrual hygiene for granted? ›