Serendipity (Part 2) – What role can serendipity play in enhancing environmental and social sustainability? 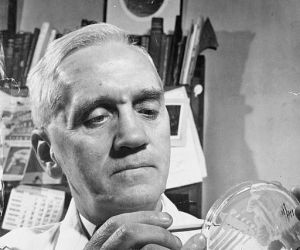 Anyone can find a few clues, but not everyone can solve a crime

Recognising an opportunity or uncovering a new piece of information is only the first step in the journey.

You also need to appreciate its significance and be willing and able to take advantage of it.

You can influence variables within your control, such as your level of preparedness and attitude and the amount of effort that you invest. And can work to improve others, such as your communication and marketing skills so that you can get the right people supporting you and your idea.

But a few critical factors may still work against you, such as the weather or the political or financial climate.

And sometimes you need other events to have occurred before your idea makes sense or you can progress your opportunity. Or until there is a market or platform for your invention.

Would you have thrown out the penicillin with the bath water?

This suggests that many ‘accidental’ scientific discoveries may not have been quite so random and that even very logical technological advances may have benefited from a few serendipities.

For example, most science students have heard about Sir Alexander Fleming who returned to his lab in 1928 to find that a Petri dish inoculated with Staph bacteria had been infiltrated by mould spores while he was away.

Imagine if Fleming had ensured that all labware was washed and stored properly before going on holiday. Or what if Fleming had walked into his lab, seen the contaminated Petri dish, yelled at the lab assistant, and thrown out the dish? How long might we have had to wait for someone else to discover what we now know as ‘penicillin’?

Despite the hype, this event was probably not a one-off coincidence or the ‘lucky’ result of disorganisation and careless lab hygiene.

Fleming used to actively search for outliers and deliberately created environments that were conducive to ‘lucky’ observations such as this. He took the time to investigate ’failed’ experiments whose results made no sense and collected unusual life forms in the hope that they might one day be useful.

“Fleming one day hung his nose over a petri dish so to allow his mucus to drip on to the plate. He wanted to see what would happen, what observation would grow out of that strange planting. A new color? A new life form? What he found instead was that his mucus killed bacteria. He had discovered, or he would go on to anyway, lysozyme, a common natural antibiotic that most bodies produce in great quantities.” (Source: Dunn)

Blending art and science, Fleming also painted using microbes with different natural pigments and growing rates. He would carefully place each substance into an agar solution to produce ephemeral pictures of ballerinas, houses, soldiers, mothers feeding children, stick figures fighting and other subjects. This required a very good understanding of how each bacteria behaved under different conditions.

So, even if Fleming didn’t deliberately leave the Petri dish uncovered on that now-famous occasion, he was unlikely to throw it away when the contents were not what he would have expected.

However, Fleming wasn’t the first to work out that fungus could eat bacteria and it was Sir Howard Florey and Ernst B Chain who worked out how to turn Fleming’s discovery into a life-saving antibiotic outside the lab.

Timing was also important – with a world war providing the incentive to produce and use penicillin on a large scale.

Why not look for or create your own mouldy Petri dish?

There are lots of stories about people who make a decision or set a goal – and the path seems to magically appear or they find the critical piece of data or contact they required. The solution may have been right in front of them all along but they hadn’t ever noticed it before.

In other cases, scientists stumble upon answers to problems that they didn’t know existed.

Like when 3M invented the Post-it note. Apparently one of their chemists had been trying to invent an ultra-adhesive glue and failed. And then another employee used this ‘failure’ to make himself some removable book tabs.

Scientists also hunt for things that they hope will expand human knowledge or understanding – even when they have no idea what they are likely to find.

For example, a team of researchers used helicopters to explore remote gorges in the Kimberley region of Western Australia and discovered 20 new species of freshwater fish previously unknown to modern science. This isolated region is almost impossible to access by road and has therefore only been explored by indigenous Australians until now.

In the same way that Fleming placed an unwashed Petri dish near a window where bacteria could multiply and contaminants were free to invade, environmental managers can manufacture conditions where ‘sustainable’ serendipities are more likely to occur.

For example, they can encourage interactions between people with different roles, backgrounds, and disciplines and facilitate discussions about ways to improve energy and water efficiency, minimise waste or reduce the toxicity of materials or processes used.

As part of an energy efficiency best practice program that I worked on, we ran innovation workshops and established energy management teams in various industry sectors. These provided a forum in which key stakeholders were able to identify opportunities and negotiate change. *

In the wine industry, the program identified measures able to reduce energy use and greenhouse gas emissions by up to 40 percent in refrigeration and other processes.

However, it took a while to get wine companies on board as we were in the middle of a drought at the time and they were far more concerned about water efficiency.

‘Luckily’ for us, South Australia had just been hit with electricity supply shortages, the threat of rolling brownouts during vintage, and wide voltage fluctuations in some rural areas.

Engineers and maintenance staff made the most of their chance to talk to winemakers about energy saving opportunities, such as increasing the acceptable range of fluctuations in process temperatures and the time taken to reach set points. Ideas like these might not sound radical – but they had not been suggested before due to their potential to affect wine quality or market perception.

Winery designers and equipment suppliers recommended more sustainable options that were already available but cost more upfront or were a departure from traditional wine-making practices.

And external specialists who had never worked with the wine industry questioned why things were done in a certain way and offered alternative approaches and insights based on their specific expertise and experience with other sectors.

Listen carefully to what the Petri dish is telling you

Seeking ideas from the factory floor and from outsiders is more common nowadays, but it can still be difficult to ensure that improvement opportunities are presented to decision-makers in a persuasive format. Proponents might need help to develop a decent business case or to break through risk-averse middle management.

And if the person with the missing piece of the puzzle isn’t aware of its value, then you’ll be dependent upon effective communication and consultation (as well as Lady Luck).

We should all be grateful that Edward Jenner took the time to talk to a lowly milkmaid who had noticed that people who contracted cowpox, a harmless disease easily picked up during contact with cows, never got smallpox.

So don’t be too quick to throw out mouldy Petri dishes or to rule out challenging suggestions and insightful comments from third parties. You never know where they might lead.

* You can read more about this program in a conference paper I presented at the Greening of Industry Network : https://gin.confex.com/gin/2003/techprogram/P233.HTM

Photo credit: ‘Penicillin Past, Present and Future – the Development and Production of Penicillin, England, 1944’ by Ministry of Information Photo Division Photographer [Public domain], via Wikimedia Commons

Like Loading...
‹ Serendipity (Part 1) – Why are some people luckier than others?
Writers come out of the romance closet for Valentine’s Day ›