Home › Environment › Our planet is not a magic pudding

Our planet is not a magic pudding

‘The Magic Pudding’ is a classic Australian children’s book that was written and illustrated by Norman Lindsay – supposedly as an alternative to stories about fairies.

It was first published in 1918 and tells the story of the Noble Society of Pudding Owners (comprising a koala, sailor (human) and penguin – and later a dog) whose members try to protect a magic pudding from a possum and wombat who are determined to steal it.

The pudding in question is a “cut-an’-come-again Puddin'” that has the rare quality of reforming into a whole pudding no matter how much has been eaten.

But ‘Albert’ is not a passive dish that sits around waiting to be eaten or stolen. He is bad-tempered and rude, demands to be eaten, and frequently tries to run away. He is also clever enough to change flavours (when someone whistles and turns the bowl around twice) so that his owners never tire of him. 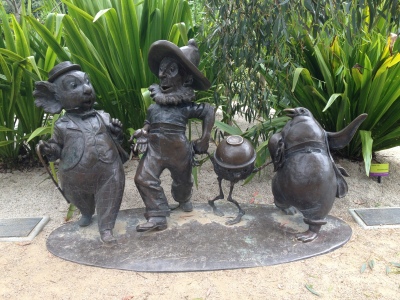 The concept of a magic pudding that never runs out was immortalised in a series of TimTam biscuit ads in Australia during the 1990s where a genie grants three wishes (here, here, here and here).

(I like to think that Cate Blanchett – in the second ad – would now ask for world peace and a global commitment to addressing climate change as well as an endless pack of Tim Tams. But I guess three endless packets of chocolate biscuits might go some way towards alleviating world hunger and exacerbating global obesity…) 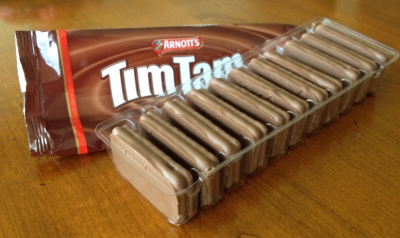 Magic puddings are often referenced in Australia when politicians and other decision-makers deal in ‘cornucopian economics’ – ignoring the reality of finite resources and overestimating the potential for science and technology to sustain unlimited growth and exploitation.

(Noting that economists argue that we are unlikely to completely run out of any resource because as we use more, the remainder becomes increasingly less economically viable to extract.)

In the real world, there are no genies and no magic puddings that keep renewing themselves every time you take a piece (with the possible exception of solar, wind and wave energy).

Even forests, fisheries, groundwater and other natural systems need time to regrow or replenish themselves and may not recover if too much is taken or unsustainable methods are used. 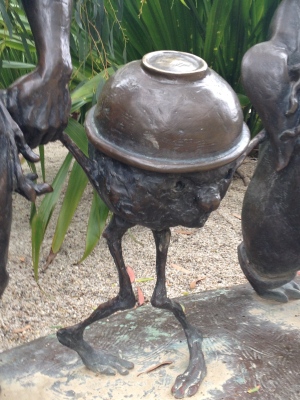 So what happens to the planet if we pretend that we live in an ideal world and keep ‘pudding people first’?